In honor of U.S. troops wounded or killed in combat, I wanted to bring recognition to the fact that today is National Purple Heart Day. I give thanks to those that have sacrificed.

I personally own some incredible historic very early documents and treasures that I wanted to share with you. Jim 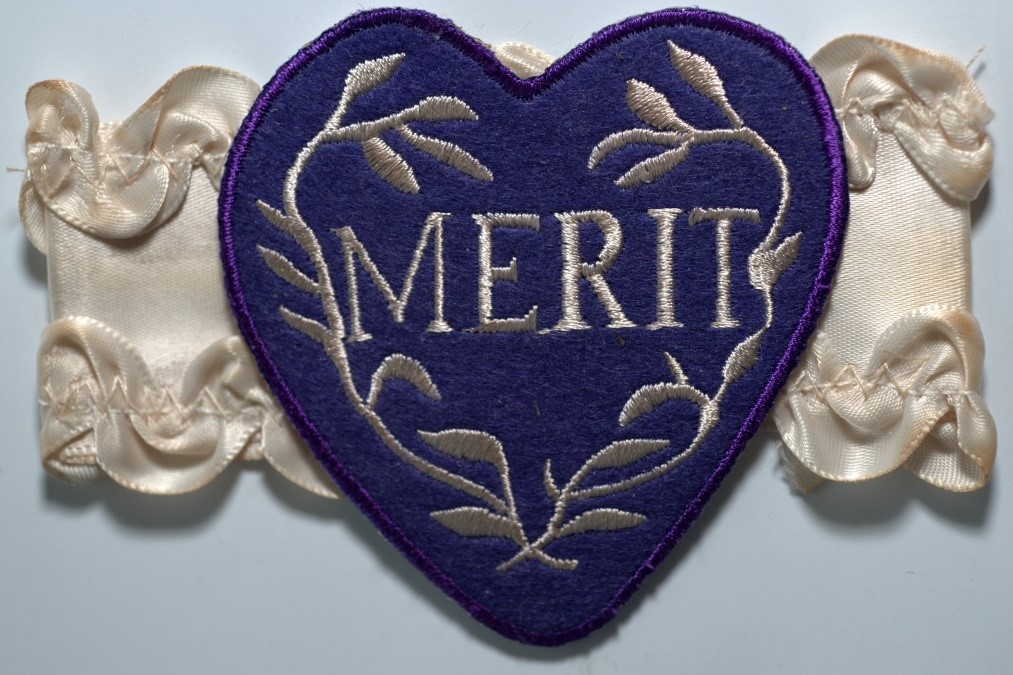 General George Washington General Orders that created the Badge of Military Merit were read at his “Head-Quarters” in Newburgh, New York on August 7, 1782

New York on August 7th, 1782. The orders created the Badges of Distinction for enlisted men and noncommissioned officers, as described at the beginning of the Order: “Honorary Badges of Distinction” are to be conferred on the veteran non-commissioned officers and soldiers…who have served more than three years with bravery, fidelity and good conduct. For this purpose, a narrow piece of cloth, of an angular form is to be fixed on the left arm of the uniform coat. Non-commissioned officers and soldiers who have served with equal reputation more than six years, are to be distinguished by two pieces of cloth, set…parallel to each other in a similar form.” The Order continues with a description of another more famous badge, stating: “The General…directs—That whenever any…meritorious action is performed, the author of it shall be permitted to wear on his facing, over his left breast, the figure of a heart in purple cloth or silk, edged with narrow lace or bordering.”

This device, known as the “Badge of Military Merit”, was affixed to the uniform coat above the left breast.

On August 31, 1782 The PROVIDENCE GAZETTE AND COUNTRY JOURNAL was the first newspaper to report this historic event to the public. 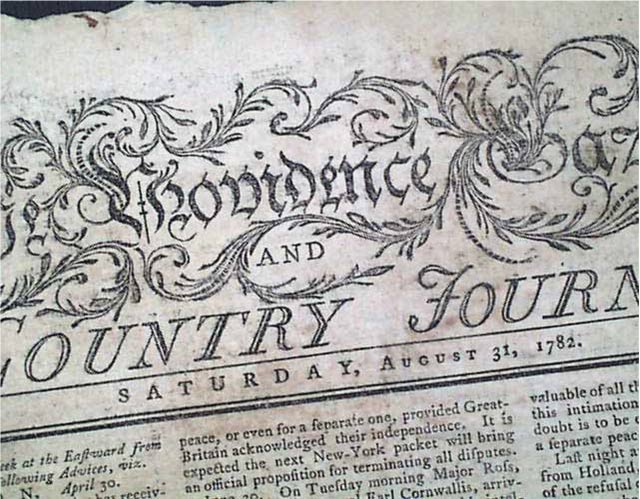 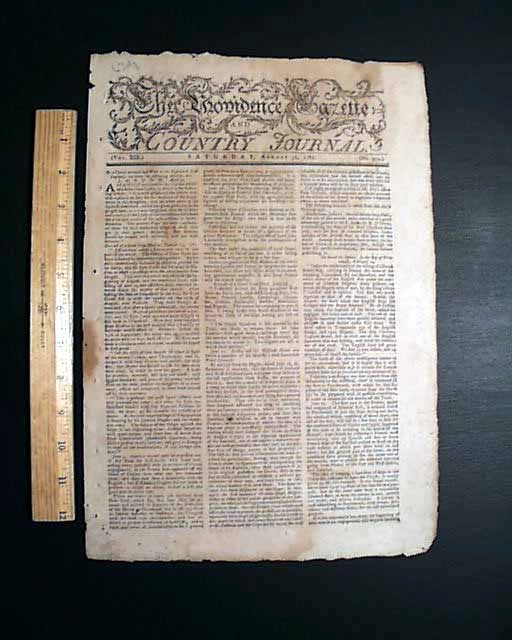 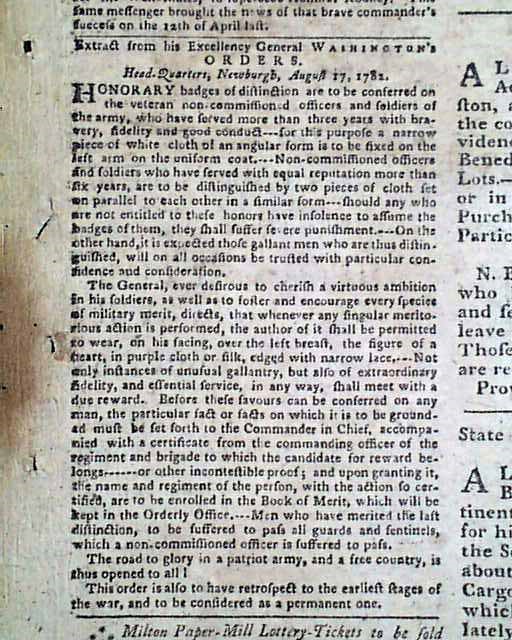 “The Road to Glory in a Patriots Army, And a Free Country, is thus Opened to All” -General George Washington