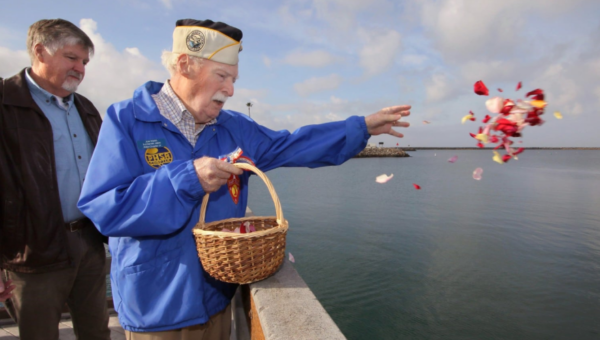 Back in 1987, Marine veteran Joe Walsh co-founded the North County chapter of the Pearl Harbor Survivors Association because he believed the men he served with on that fateful day of Dec. 7, 1941, “deserved to be remembered.”

Now it’s his turn. On Dec. 21, Walsh passed away after a brief illness at the Pacifica Senior Living complex in Vista. He was 100 years old.

Walsh was the last surviving active member of the association’s Chapter 31, following the death last February of chapter co-founder John Quier, 98, of Fallbrook.

As the chapter’s longtime president, Walsh organized Pearl Harbor Memorial Day services each Dec. 7 at Oceanside Harbor. Over the years, he never missed a single service, including the one held earlier this month, just two weeks to the day before he died.