75th Anniversary of the Battle for Iwo Jima 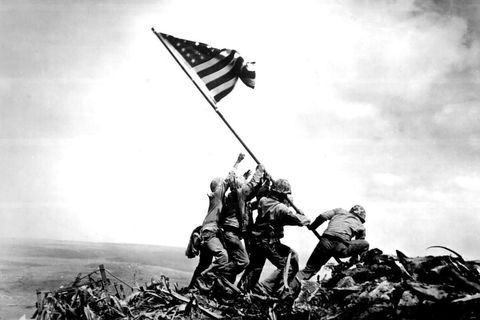 February 19, 1945, American forces invaded Iwo Jima, an island 750 miles off the coast of Japan. The ensuing Battle of Iwo Jima lasted for five weeks and included some of the bloodiest fighting of World War II. It’s believed that all but 200 of the 21,000 Japanese forces on the island were killed, as were almost 7,000 Marines and Sailors.

Because of the brutality of the fighting, the fact that the battle occurred fairly close to the end of World War II, and the famous flag-raising photo from Joe Rosenthal, Iwo Jima – and those who lost their lives trying to capture the island – retain a great deal of significance even today. 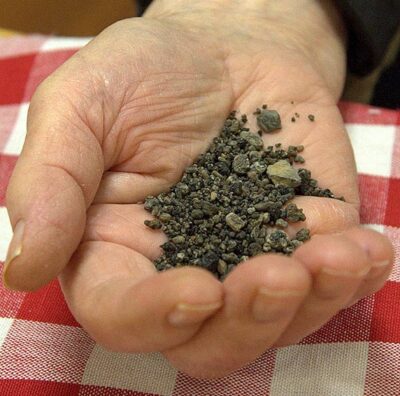 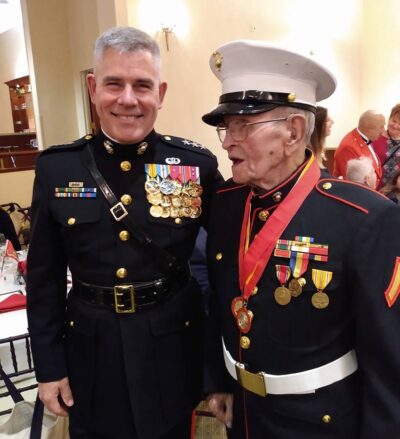 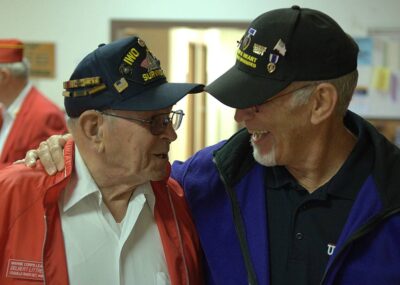 Delbert and his very close friend (Past Rogue Valley Chapter Commander 147) Gordon Wood. Gordon is a decorated Marine being awarded the Purple Heart for wounds received in combat in Vietnam. 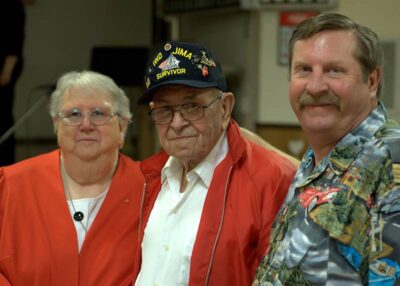 Delbert, his wife Gloria, and his son Vern 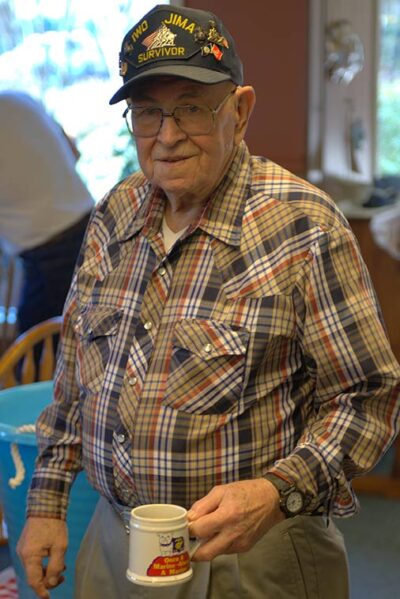 Here is a slideshow of the ceremony from the San Diego Union-Tribune: 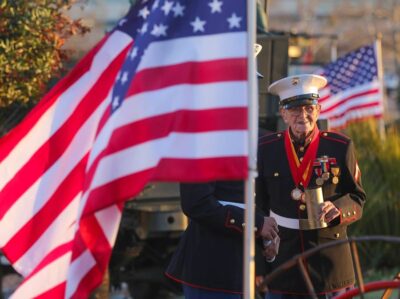