Sailor from Kansas who died in Pearl Harbor attack identified

Testing has identified the remains of a sailor from Rush County, KS who died during the Pearl Harbor attack on Dec. 7, 1941.

The remains of Navy Fireman 1st Class Harold E. Bates will be buried May 29 in Larned, the Defense POW/MIA Accounting Agency announced in late April.

Bates was buried in a mass grave of unidentified remains at the National Memorial Cemetery of the Pacific, also known as the Punchbowl, in Honolulu, Hawaii. Remains from the Punchbowl had been exhumed for analysis in 2015. On Feb. 5, Bates was identified using DNA, dental and anthropological analysis.

James Klug served as the National Historian for the Military Order of the Purple Heart for nearly ten years. Several times Klug attended the December 7th. Pearl Harbor Ceremonies. He then attended the return of the remains of our Nation’s Heroes to JAPAC Headquarters Hickam Field Hawaii. In his official capacity, he took these images. 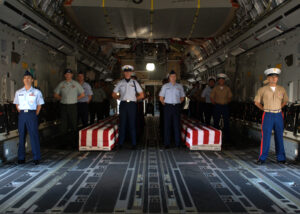 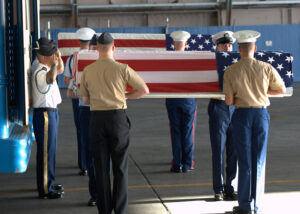